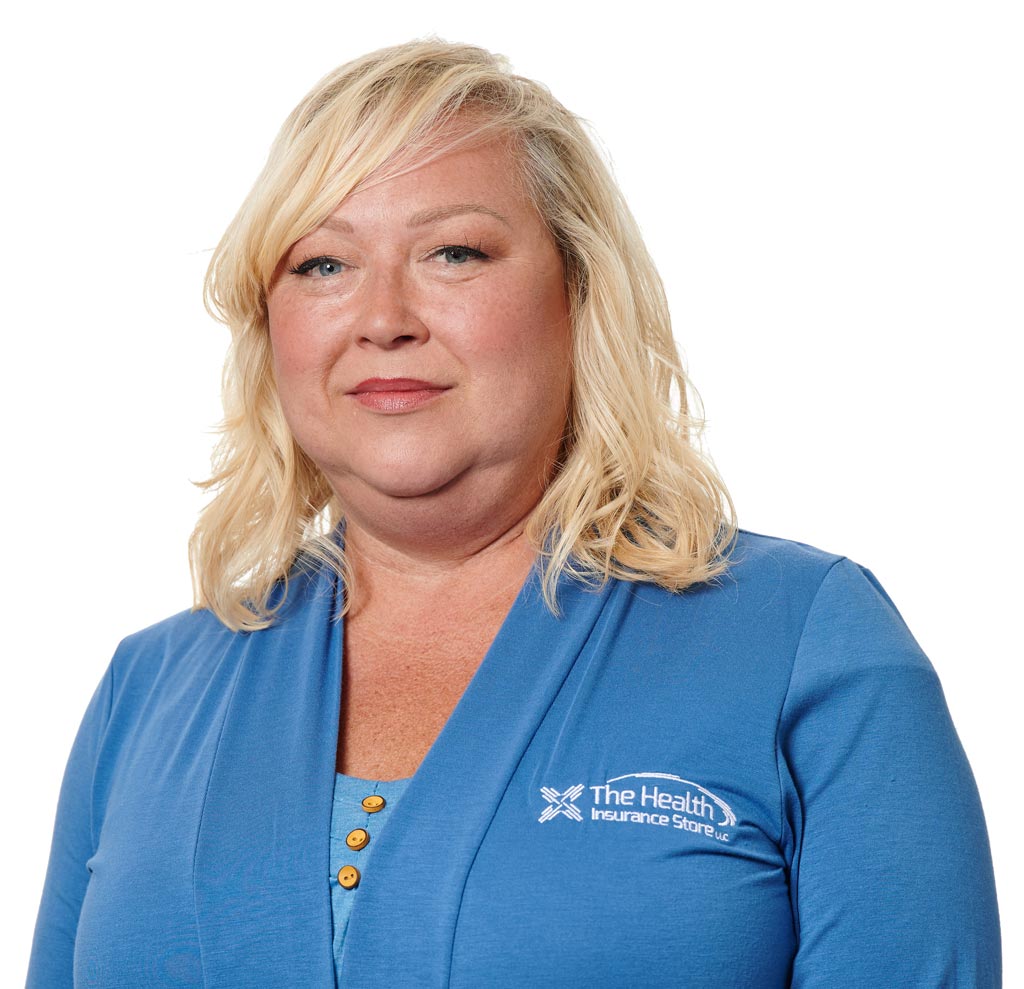 Meet Tina. She’s been working at The Health Insurance Store for seven years.

Being able to enlighten the client as to how the Health Insurance System works is the most rewarding part of her job. A big problem she sees, is people choose the wrong plan a lot of times, because they don’t understand how the pieces fit together.  She likes to watch the lightbulbs go off when they do understand their plans and medicare coverage. Meeting with the people and giving them the full picture is one thing she appreciates, but really she wants her clients not to be taken advantage of and this is the most rewarding aspect of her job.  Married couples that walk out of her office saving five to six thousand dollars a year and realizing they’ve been over paying for years and now are on the savings track is her best day.

Fun Fact About Tina: Born and raised in Connellsville and left to work in Washington DC. came back 25 years later and bought the house next door where she grew up. She’s a local and loves her community and her dog Cooper.

Learn more about all the staff of The Health Insurance Sore at our Agents Page. 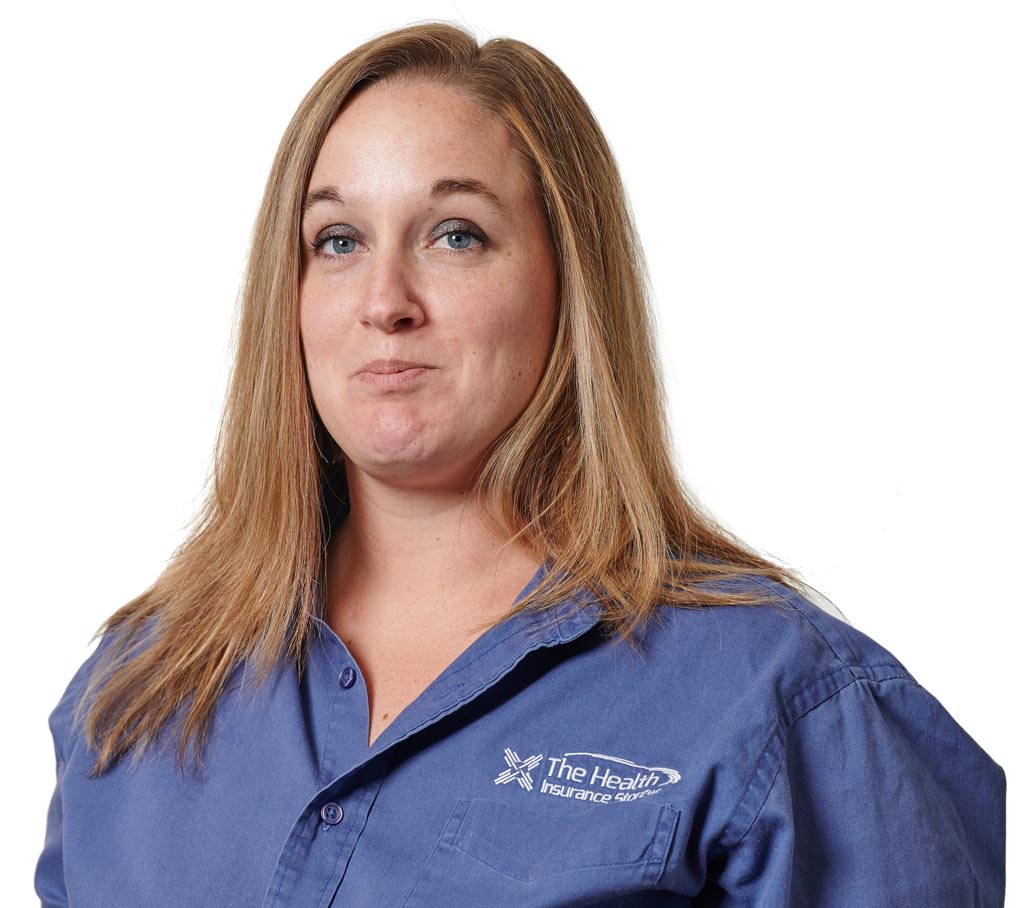 Meet Jennifer. She’s been working at The Health Insurance Store for five years.

Jennifer enjoys helping people. Educating clients so they understand their insurance plan is another rewarding party of her job. Jennifer works hard to present health care plans that target what her shoppers need and can afford.

Jennifer and her family like to hunt with their blood hound and beagle. She will surely have some good tracking stories when you meet, along with professional assistance to chase down your best insurance plan.

Learn more about all the staff of The Health Insurance Sore at our Agents Page.

Haven’t made it into the The Health Insurance Store, no problem.

Take a look around our facility now. Come on in and talk with our professional staff about your health care questions. We can save you money and point you in the best direction for your best plan. Looking forward to working with you.

There is no question this week. However, I believe this may be the most important column I’ve ever written. I want it to be read by as many people as possible who have older parents, aunts, uncles, brothers, sisters, or friends. I need to address a serious problem in Western Pennsylvania as Medicare Annual Election Period begins. Tens of thousands of seniors are grossly overpaying for Advantage Plan HMO’s and PPO’s as well as exposing themselves to higher co-pays, especially for hospitalizations.

I’ve known for years it was an issue, but only until I opened our Pittsburgh location did I realize it could almost be described as an epidemic. At the root is fear, lack of understanding how Advantage Plans work and are regulated, as well as being uncomfortable with change.

I find it to exist almost exclusively among members of one company. The older the people are, the more likely it is that they’ve been entrenched in an overpriced plan for years. The script is almost alwaysthesame.They’vebeenwith their health insurance company for literally decades and it was provided when, “John worked at the mill. And after he retired, we got a Medicare plan with them and have had it ever since.” And they never changed plans, even as premiums increased as much as 500%over the years.

It’s very common to hear this as well. “When John had his heart attack in 2007, the bill was $70,000 and we didn’t pay anything.” This is where the fear often stems from. There’s angst if there were a need for another costly medical procedure or service in the future, a different insurance company would leave them with tens of thousandsof dollarsinbills.

That simply can’t happen due to regulations Medicare puts on Advantage Plan companies. Every

ANSWER:
plan must have a Maximum Out of

Pocket, or MOOP, that represents the most money one can be billed in a calendar year. It ranges from $3,400 to $6,700 and once it’s met, all other medical services, excluding prescription drugs, are paid by the insurance company at 100% the rest of the year. In addition, every Advantage Plan must cover the same benefits as Medicare, as good or better than Medicare, regardless of premium. The $0 plan covers the same exact categories of benefits as the plan that’s $300/month. Only co-pays vary. But as I’m going to illustrate, not enough to warrant paying $2,000 to $3,500 more in premium per year. But we often can’t get that concept through to people, even when shown side by side they aren’t getting fair value in return for paying higher premiums. Many won’t hear of even the suggestion they take a look at other plans.

Two of the most expensive Advantage Plan companies next year will be upwards of $300/month. If those who have either of these were to need Chemotherapy, spend six weeks in a Skilled Nursing Facility, receive expensive injections for Macular Degeneration, require Remicade infusion (quite common today), as well as other more expensive medical services or devices, their bills would total their MOOP, between $4,000 and $5,000. There are other Advantage Plans available that cost as much as $200-$275 less per month ($2,400 to $3,300 less per year). And if the same services were needed, the total bills would be similar, or even lower. A hospitalization on a more expensive plan isn’t even $100 less compared to some of the lower cost plans. In addition, co-pays for other common services such as blood tests, MRI’s, X-Rays, and outpatient surgeries are very often the same. Those who aren’t overpaying, but still refuse to look at competing

companies, are often exposed to larger co-pays. Like I mentioned earlier, it’s especially true of hospitalizations. Some of the most popular plans in our area have co- pays for a 5-day or longer hospital stay over $1,000. While plans with lower premiums can have co-pays of up to $800 less!

This dynamic of paying more and getting less is incomprehensible to most and can contribute to people overpaying in my opinion. Most seniors were taught, “you get what you pay for.” Unfortunately, that just doesn’t hold true when it comes to Medicare Advantage. If I were in charge of regulating this program, the first change I would make is limiting premiums to $100/ month.

Here’s the bottom line. With only a handful of exceptions, myself and the agents at The Health Insurance Store WILL NOT be recommending Advantage Plan HMO’s or PPO’s with premiums higher than $60/ month in 2020. If you have an older family member or friend on Medicare, please make sure they aren’t overpaying. Encourage them to have their plan reviewed and compared at The Health Insurance Store. And most importantly, be there for the appointment. I’ve found when a loved one or a trusted friend is by their side to help understand changing plans is the smart choice, they’ll do it. However, it can make all the sense in the world, but without that pat on the back, many will remain on their plan and continue to be taken advantage of.

Consultations are always no cost and can be held in person at one of our office locations, over the phone, or if you’re not in close proximity, we can now provide a virtual appointment. If you have a computer or iPad and the internet, you can interact with an agent just like you were sitting across the desk.

Email your question to: aaron@getyourbestplan.om

Medicare from A to Z with Aaron Zolbrod live on KDKA, Saturday morning Oct. 19th from 7-8 in the morning on KDKA 1020am.

Aaron will be discussing issues for seniors and taking questions live on air.

It’s a great opportunity to learn about the nuances and trap doors of Medicare.

Listen Live on KDKA 1020am or online. 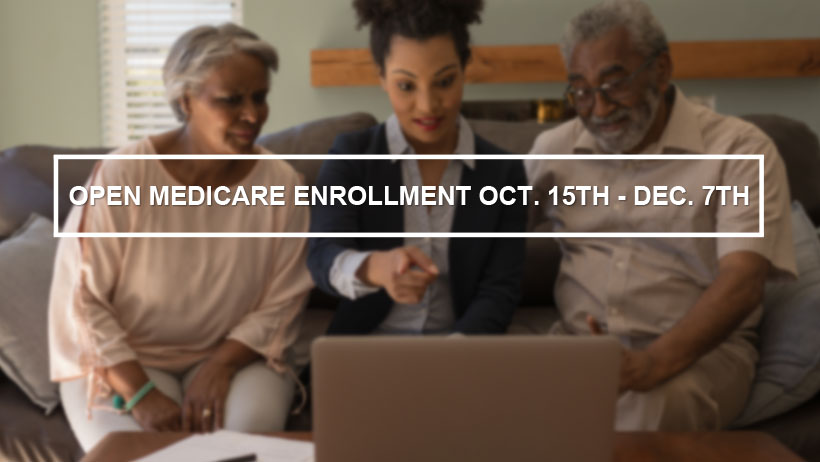 Contact the professionals at The Health Insurance Store to get your best plan.